A man accused of trying to kill a teenager in an alleged terror attack after... 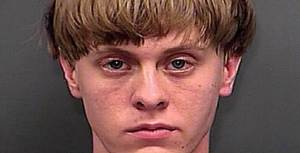 Investigators found two handwritten manifestos espousing white supremacy in the car and jail cell of a white man accused of killing nine black parishioners at a Charleston, South Carolina, church last year, according to a court document filed on Monday. Investigators also found handwritten letters and a list of churches among the papers belonging to