Trump to order troop reductions in Afghanistan and Iraq

The Trump administration is expected to cut the number of US troops in Afghanistan almost in half to 2,500 by January 15, an official has said. The order would stop short of outgoing President Donald Trump’s goal to have all troops withdrawn by the end of the year, which had faced opposition from military and […]

The post Trump to order troop reductions in Afghanistan and Iraq appeared first on Faith Matters. 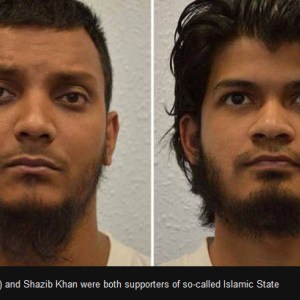 A delivery driver who plotted to kill U.S. troops based in England by staging road accidents to lure soldiers from their cars and then attack [...]