We received the following report of an attack on Shia gravestones in the Pleasington Cemetery... 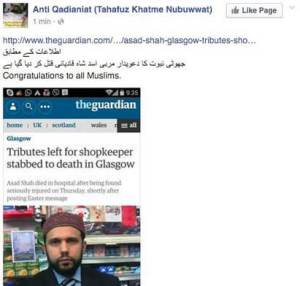