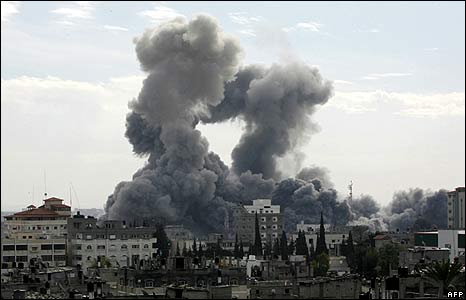 The issue of Iran’s nuclear programme has been raging as a political debate for the last 3 years. There have been moments when it looked like Israel might launch a strike though the United States has been the alternative vehicle through which diplomacy has been used as a carrot for engagement with Iran.

Yet, even with President Obama’s recent address to the Iranian people and to the Government of Iran it looks like there is no thawing in US and Iran relations. The case of Roxana Saberi, a citizen of both the US and Iran and who has reported for the BBC and other media outlets has just been sentenced to imprisonment within Iran for charges that include spying for the US. This case will no doubt cause some further friction between US and Iran relations though I strongly belief that she will be released in due course and then expelled from the country. That will be the resolution to this affair since Iran knows that it needs US engagement and tacit support in the future. Keeping Roxana in prison for a prolonged period of time is not an option. Alternatively, the US knows that Iran is fast becoming a key regional power and player and one of the consequences of the invasion of Iraq has been to strengthen relations and intelligence ties between Iran and Iraq, something that the US never considered would happen even though the signs were all there. In fact, prior to the invasion of Iraq, Arab governments had made the case that an invasion would probably mean that a future Iraqi Government would probably be closer to Iran than to some of the Arab Governments in the region.

The fact is that the longer the US and Iranian relations do not thaw, the greater the chance of an attack by Israel. That attack has in my opinion already been planned for and simply awaits a time for execution. That decision to execute the plan becomes more and more relevant as American troops leave from Iraq and the more the US feels that diplomacy is not working. Furthermore, overflights for the attack will be through Iraq and this is where US and Israeli co-operation will take place since the US is in complete dominance of Iraqi airspace and jamming and other technology can easily be employed throughout the bombing route whether in Iraq or whether in Iranian airspace itself.

There are other indicators that an attack on Iran has been planned for and simply awaits execution. The Israeli Government has been promoting bomb proof shelters and the need for every new building in the country to have this. Fines are being attached to the proprietors of any building who do not have a bomb proof shelter and these amount to tens of thousands of sheckels. There are also adverts which indicate that new gas masks will be supplied and local newspapers have been advertising the time taken for residents in large cities to reach shelters from the moment the public alarms go off.

All of this indicates pre-planning for a military attack that will possibly mean retaliatory attacks against Israel. An attack on Iran would certainly mean that the possibility of missile or bomb attacks would significantly rise , at least in the short term. The future does not look as though it is one of peace, but of further military attacks that will no doubt have worldwide impacts. I hoped that I am proved wrong.