The Metropolitan Police are investigating several vile anti-Muslim and Islamophobic text messages, which were sent...

Bacon put through letterbox of a Muslim couple in London

A Muslim couple, who were in the process of moving into a new flat, had...

The post Bacon put through letterbox of a Muslim couple in London appeared first on TELL MAMA.

A Muslim man received an apology from McDonald’s after a staff member at a Staffordshire...

Strips of bacon were left on a door handle at Dunfermline Central Mosque over the...

Worshippers in Cambridge Mosque Have Bacon Put on Vehicles

We have received information that worshippers at the Omar Faruque mosque in Cambridge came out...

The post Worshippers in Cambridge Mosque Have Bacon Put on Vehicles appeared first on TELL MAMA.

Cambridgeshire Police are investigating an anti-Muslim hate crime after a piece of bacon was left... 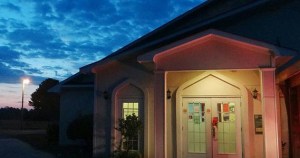 A North Carolina man faces ethnic intimidation charges after leaving bacon at a mosque and making death threats to its members as they prepared for worship in observance of Ramadan, Islam’s holy month, authorities said on Friday. Russell Thomas Langford of Fayetteville was arrested late on Thursday, the Hoke County Sheriff’s Office said. He is