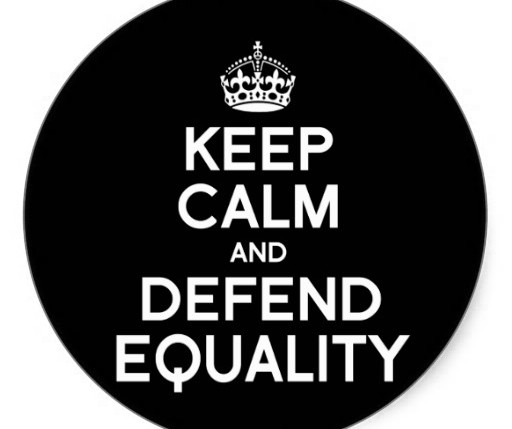 You Cannot Pick & Choose on Issues of Equality; Appeasing Such Groups is Just As Bad

Through the work that we do in Tell MAMA, it is clear we have been blessed with many people who are committed to tackling anti-Muslim hatred. Many of these people do the work selflessly and with commitment to tackling prejudice, bigotry and hatred. We honour and value them.

On the rare occasions where there are concerns, they come about due to individuals acting beyond their capacity in an advisory role to Tell MAMA and potentially affecting the values and ethos on which we are built. This cannot be allowed to happen.

We recently highlighted an example of those who have sought to undermine the reputation of Tell MAMA by. These links can be found here and here.

There are core values that we are built on within Tell MAMA which mean that those who pick and choose on issues of equality at the expense of others, are people and organisations we will not work with or engage with. There is no ‘picking and choosing’ on issues of equality. It is as simple as that.

We wish Mohammed Amin the best.

The Mayor of London’s Office for Policing And Crime (MOPAC) launched the new app – ‘Self Evident’ – on Thursday, during National Hate Crime Awareness week.

It seeks to to enable a greater confidence in the reporting of hate crime in the wake of the Crime Survey for England and Wales of 2014, which found that up to 52 per cent of hate crime went unreported.

It is free to download, and allows victims to submit reports for incidents of hate crime immediately, even allowing for the use of photographic and video material. Reports are sent directly and securely to the police.

It can be downloaded on Android HERE and in the App Store HERE.

Mayor of London, Boris Johnson, said: “Crimes committed simply because of who a victim is have no place in our society. They must never be tolerated and anyone who suffers should receive support as quickly as possible.

We’ve already seen a rise in reporting, which is important to help the police do their job, and I am very pleased we have been able to launch this app. It will help increase reporting even further, boosting confidence, reducing repeat offences and helping victims get the support they need.”

MOPAC provided £100,000 funding for the development of the app, which was worked on with the police and community groups.

“We urge victims not to suffer in silence, they should speak out, report incidents as soon as possible.

“We take all hate crime seriously, it should not be tolerated; if you can’t report it to police, seek advice from a third party organisation.”a

Dave Rich, Deputy Director of Communications at Community Security Trust (CST) said: “CST supports Hate Crime Awareness Week because we believe that every victim of hate crime deserves to get the help and support they need. We hope that this new app will give victims and witnesses the confidence to report hate crimes and make it easier for offenders to be prosecuted.”

Fiyaz Mughal, Founder and Director of Faith Matters, said: “Hate Crime Awareness Week is an opportunity to refocus the public on both the importance of tackling hate crimes and the reporting of such issues. By producing an app, the MOPAC is increasing accessibility and this is to be warmly welcomed, as people want to be able to report hate incidents quickly and without disruption to their daily lives. We welcome this step and anything that increases accessibility in terms of reporting hate incidents.’’

The Maintainers of Segregated Mindsets – Meet The New Breed of Isolationists

There are those who think that calling individuals ‘House Muslims’ who are in the public domain and who work on issues affecting Muslim communities, a perfectly normal and acceptable statement. There are those who believe that by Muslims trying to give people the best opportunities through equality, they automatically become Muslims who serve the ‘white master’ and who promulgate the ‘slavery’ of Muslims.

Yes, there are such people within small sections of Muslim communities, (no doubt there are others in other communities), who promote this statement actively on social media and who then take offence, when they are told that if they promote a ‘them and us’, a ‘white and black’ style of thinking, then they should leave the UK and go back to places of their cultural ancestry. For them, the most offensive issue is the latter with no consideration of the divides which they promote and when they effectively call other Muslims, ‘House N…..s’. This is what we are dealing with in modern day Britain.

One can be forgiven for thinking that such commentary probably took place in the United States in the 1960’s as movements like the Black Panther movement took off, partly driven by police brutality and a sense of deep injustice about the legal, social and civil status of African American communities in the United States. Yet, we are talking about individuals making such statements today in modern day Britain.

So here is the issue at hand. Having sat on a Committee that looked at the balance between free speech and diversity in the University of Westminster, in the wake of concerns about extremism on its campuses, the findings of the committee were highlighted in this report which they recently released. The resulting abuse on social media directed at me included the following:

The work undertaken in Faith Matters and Tell MAMA does not get funded by Prevent, which is the usual smear thrown about by some small sections of individuals in Muslim communities, as though the Government is the most significant threat to Muslim communities. But to hear a young Asian man, probably born and brought up in this country, call another individual a ‘House N…..r’ is pretty shocking. Yet, he is not the only one. Other public figures who happen to be Muslim and who have stood up and got involved in complex issues around tackling extremism, radicalisation and integration have also been labelled, effectively as the House Slave of the ‘White man or woman.’ Furthermore, these are not isolated incidents and in 2015, it is deeply worrying to see people who believe that working within the mainstream is being a slave to ‘white power structures,’ as they imply an association between ‘House Muslim’ to ‘House N…..r’. These are young men who believe that mental separation, segregation and alienation is perfectly acceptable, yet they live here in the UK and in this instance, in East London.

My response to such an individual on my Facebook page was to say that if he did not like the UK,  (and by default other communities), then he should go back to Bangladesh and Pakistan. Maybe the response was flippant, I accept that, but it does not take away from the very basic fact that we have people living in the heart of our capital and in our country, who regard wider communities as subjugating them, when they themselves promote a state of division. It seems that the people with a closeted and imprisoned mind-set are these young men who think that they live in a state of perpetual separation and as though anyone beyond the circle of whom they find acceptable, is a cultural, societal or even religious threat.

What I am demonstrating here, is the fact that there are some within Black and Minority Ethnic communities who believe this and who believe that there is a state of subjugation which they themselves self-perpetuate to some degree. Racism and prejudice exist, I know that from the heart of the work we do in Tell MAMA and bigotry affects lives and economic chances. I know that on a daily basis and we have countered those who deny anti-Muslim hate, on many occasions with little or no support from others. But the key point is this. This corrosive thinking can become all-encompassing and self-perpetuating and we need to highlight this, acknowledge it and counter it.

Let’s be clear. White men and women are not ‘the problem’, nor is any race, culture or religion. Power structures are and if we go back to the very basis of the root of the discussion, to the Westminster University report, the findings show a power structure within the Islamic society that went against pluralism and diversity. The subsequent response by a small minority of Muslims on social media is to re-enforce a ‘them and us’ mentality and in some ways, perversely accept those power structures as if they are the moral guardians of what is right and wrong, good or bad.

We have a long way to go on integration it seems, so next time someone raised the issue of ‘House Muslim’ in the public arena, don’t forget what they are saying.  They are perpetuating, in their own way, the very segregation and separationism that is a cancer and blight on communities.