A collection of British charities have launched a new appeal to raise funds to fight coronavirus in refugee camps and poor communities in some of the world’s most vulnerable countries. The UK Government has pledged to match the first £5 million in donations made by the public to the Disasters Emergency Committee (DEC). The DEC, […]

A U.S. strike targeted a militant in Yemen believed to be one of the planners of a deadly bombing of the Navy destroyer USS Cole in 2000, but [...]

On the 6th of December 2018, Channel 4 broadcast an interview with Adel al-Hassani, who used to be a commander with Yemeni forces that fought [...]

Iranian Supreme Leader Ayatollah Ali Khamenei said on Sunday war was unlikely but called on Iran’s armed forces to boost their defence capacities, according to [...]

Thousands of mourners on Monday buried dozens of children killed in a Saudi-led coalition air strike on a bus in northern Yemen, one of the [...]

President Donald Trump’s sweeping ban on people seeking refuge in the United States and visitors from seven Muslim-majority countries caused confusion and panic among travellers on Saturday, with some turned back from U.S.-bound flights. Immigration lawyers in New York sued to block the order, saying numerous people have already been unlawfully detained. The new Republican 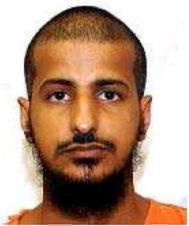 The Pentagon has sent nine Yemeni men to Saudi Arabia from the U.S. military prison at Guantanamo, including an inmate who had been on a [...]