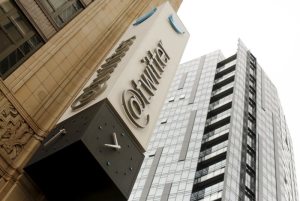 Twitter Inc said Thursday it would cut 9 percent of its global workforce to keep costs down even as quarterly results eclipsed Wall Street’s beaten-down expectations, lifting shares that had fallen after a failed effort to sell the company. More than 300 Twitter employees will be affected by the layoffs as part of a broader