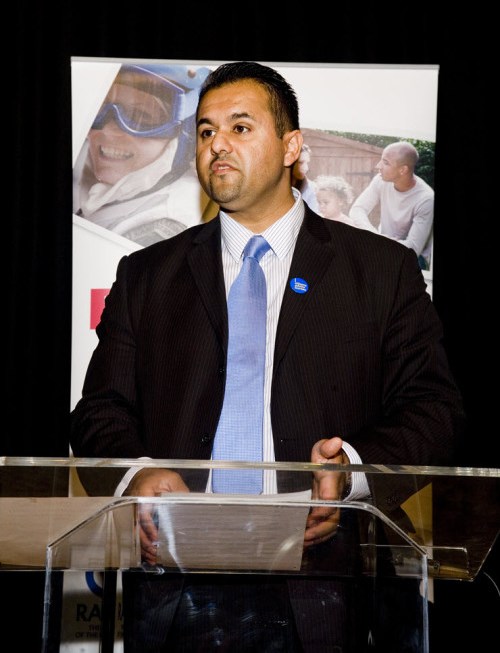 This is a blog-site for someone who has travelled a long way in life from expulsion with my parents from Uganda in 1972 as a baby, to the United Kingdom in camps that were set up for Ugandan Asian refugees at that time. Having left the United Kingdom after 6 months in the camps with my parents, we then spent 10 years in Nairobi in what I can only call a glorious upbringing. Yet, in Africa, I also saw the injustices of how Africans were treated as working class servants and why in earnest, Uganda had turned against the Asians, (much of this agitated on by the spurned dictator, Idi Amin.) Much of the class system in Africa had to do with the legacy of colonialism where English white colonialists had set up Asians as the administrator class and through racism had caste the black population as the manual labourers. It was a system that was to change my outlook and make me a campaigner against racism, intolerance and bigotry. What I saw in Africa was injustice and in the eyes of the poor, the pain of changes lives, lost opportunities and a simple desire to be treated with dignity.

Leaving Nairobi in 1983 after a violent coup against the then President Daniel Arap Moi, my family and I were again on the move, fleeing from political instability and murmurs that violence was on the way against the Asian population. We packed up and moved to ‘mother England,’ holding passports that gave us the protection of the Queen and the State which had nurtured our development. The morning hymns, the salutes to the Queen and the Shakespearean plays in the heat of tropical Nairobi were surreal and I found myself thinking many a time, that Britain had never really left Africa in 1963 when Kenya got its independence. Yet, strangely, it made me feel anchored.

It was in England where I met some of the worst racism and bigotry in the 1980’s, as a young Asian boy in Kent getting to grips with a different world.

However, this country has moved a long way from the 1980’s, through the Tottenham Broadwater Farm riots to the Bradford riots, from ska to punk and pop and on the extreme right, from the National Front to the British National Party, the English Defence League and then to Britain First. Thankfully, England has also blossomed into a place that is accepting of cultures based on shared values and this fragile democracy needs protection if we are to hold back those who seek to divide, agitate and create conflict.

After over 20 years working in the voluntary and community sector and 12 years in the world of politics, it is clear that there is much that holds us together in this tiny island. I have met many people working and campaigning across England and one thing always strikes me and that is how much we all want the same things in life. From the senior citizen in Fyfe in Scotland to the elderly African-Caribbean woman in Tottenham, our safety and security, our economy and our well being depend on each other. That is the value on which I live my life and it is a value that has meant that in my eyes, every one of us matters and we are on this earth to make a difference. Let us all hope it is a positive one, for in the politics of hate and intolerance, lies the violence of extremism.