The president of Bosnia’s autonomous Serb Republic has accused the U.S. Embassy in Sarajevo of using its development agency to interfere in the Balkan country’s [...]

Pakistani cleric Hafiz Saeed is one of the United States’ most-wanted terrorist suspects, accused over the 2008 Mumbai attacks that killed 166 people. At home, [...]

Pakistan’s interior ministry has called for the electoral commission to bar from politics a new party backed by an Islamist with a $10 million U.S. [...]

Dutch nationalist Geert Wilders, who is expected to make huge gains in a March 15...

Dutch anti-Muslim, anti-EU party leader Geert Wilders promised to crack down on “Moroccan scum” who he said were making the streets unsafe and urged the Dutch to “regain” their country as he launched his election campaign on Saturday. Wilders was surrounded by police and security guards during a walkabout in Spijkenisse, part of the ethnically

The post Wilders at Dutch campaign launch vows to crack down on ‘Moroccan scum’ appeared first on TELL MAMA.

The post Wilders at Dutch campaign launch vows to crack down on ‘Moroccan scum’ appeared first on TELL MAMA. 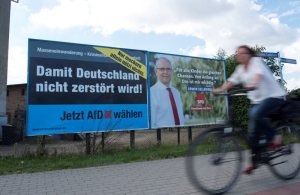 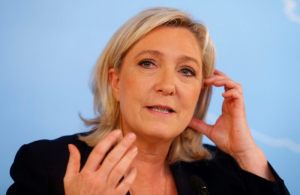 In the last weeks of the Mayoral Campaign, let’s tone down the heated rhetoric

The London mayoral campaign has been a heated set of campaigns that have focussed on the backgrounds of individuals and on the associations that candidates have had with people whose views have been regarded as ‘repulsive’ and ‘extreme.’ Newspapers have led headlines on associations with extremists and social media activity has suggested that one of

The post In the last weeks of the Mayoral Campaign, let’s tone down the heated rhetoric appeared first on TELL MAMA.