A member of the public spoke of their anger and disgust after stickers welcoming refugees...

A 15-year-old boy set up an extremist right-wing group after spending a “concerning amount of...

A 29-year-old man detained over a suspected terrorist attack outside parliament has been further arrested for attempted murder, police said on Wednesday. He had initially [...] 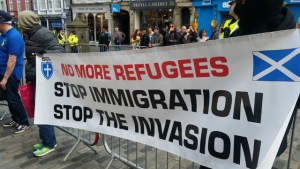