A judge placed France’s far-right leader Marine Le Pen under formal investigation on Thursday on suspicion of disseminating violent images over tweets she posted of [...]

The post Euro is a ‘knife in the ribs’ of the French says Le Pen appeared first on TELL MAMA. 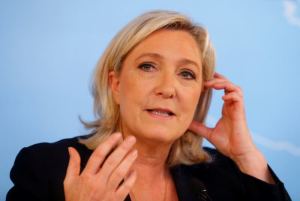