A fire has destroyed more than 20 shops in a makeshift market near a Rohingya refugee camp in southern Bangladesh, killing at least three people. Local police chief Ahmed Sanjur Morshed said they recovered the bodies from the debris after it took firefighters several hours to bring the blaze under control. The fire broke out […]

Seven Bangladesh navy ships carrying 1,804 Rohingya refugees have arrived at an isolated island where they will be relocated despite concerns among human rights groups about their safety. They reached Bhashan Char island, 21 miles from the mainland, after a four-hour naval journey from the port city of Chittagong, government official Mohammed Khurshed Alam Khan […]

More than 1,500 Rohingya refugees have been sent to an isolated island by authorities in Bangladesh, despite calls by human rights groups to stop the process. The 1,642 refugees boarded seven Bangladeshi naval vessels in the port of Chittagong for the trip to Bhashan Char, according to an official. After about a three-hour trip they […]

Myanmar has agreed to begin talks with Bangladesh over an estimated 65,000 Rohingya Muslims who have fled Myanmar’s northwestern Rakhine State since attacks on border posts three months ago, a senior Myanmar official said on Thursday. Myanmar leader Aung San Suu Kyi dispatched a special envoy to Dhaka this week in a thaw in the 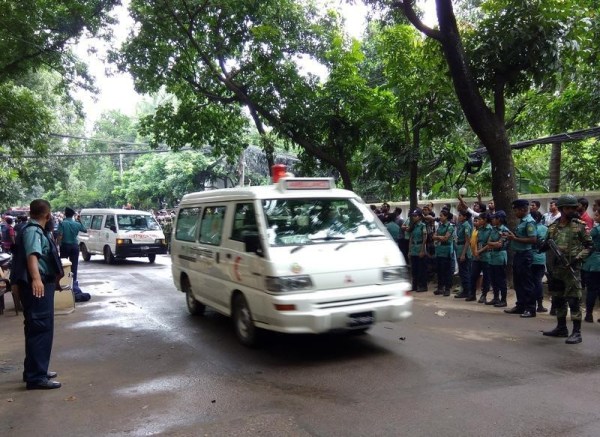 Bangladesh has hanged a top Islamist party figure for atrocities committed during the 1971 war of independence from Pakistan, the law minister said on Saturday. [...]

A New York City grand jury on Monday indicted a Brooklyn man who is accused of fatally shooting a Muslim cleric and his assistant this month after they left a mosque in Queens. Oscar Morel, 35, was charged with one count of first degree murder, two counts of second degree murder and two counts of 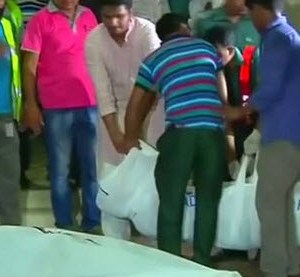 Suspected Islamist militants hacked to death a leading Bangladeshi gay rights activist employed by the U.S. embassy and a friend in an apartment in Bangladesh’s [...]