Taxi driver abused and asked if he would ‘behead’ passenger

Derbyshire Police are investigating an Islamophobic hate crime after a taxi driver was abused by...

The post Taxi driver abused and asked if he would ‘behead’ passenger appeared first on TELL MAMA.

South Yorkshire Police has apologised to a taxi driver and reopened their hate crime investigation...

A Muslim Uber driver has been unable to work and felt “mentally broken” after being...

Elderly Muslim Taxi Driver Has Abuse Hurled At Him Whilst Servicing Customers A 65 year-old taxi driver was abused in Rotherham, a town that has suffered an intense media focus after a grooming scandal that rocked it and which affected the lives of over 1,400 young girls. The visibly Muslim taxi driver with a prayer 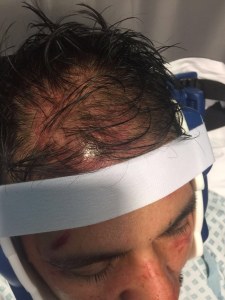