Hindus have rejoiced as Indian prime minister Narendra Modi broke ground on a long-awaited temple of their most revered god Ram at the site of a demolished 16th century mosque. Mr Modi offered prayers to nine stone blocks with “lord Ram” inscribed on them amid chanting of Hindu religious hymns to symbolise the start of […]

If you can’t as a Persecuted Christian Get Asylum in the UK, then Something Warped is Happening

The Times reports today that the lawyer for persecuted Christian, Asia Bibi, has lambasted the Prime Minister and asked that she stand up for persecuted [...]

The post If you can’t as a Persecuted Christian Get Asylum in the UK, then Something Warped is Happening appeared first on Faith Matters.

Prime Minister, the Core Values We Defend Include Protecting the Weak

The Prime Minister has regularly defended communities when they have been targeted by hate crimes and she has been a strong advocate for supporting work on tackling hatred, intolerance and prejudice. The Prime Minister has also been right when she has said that there are fundamental core values that make up our country. These values

The post Prime Minister, the Core Values We Defend Include Protecting the Weak appeared first on TELL MAMA.

In May 2016, at the International Holocaust Remembrance Alliance Plenary in Budapest, the following non-legally binding definition of anti-Semitism was accepted: “Antisemitism is a certain perception of Jews, which may be expressed as hatred toward Jews. Rhetorical and physical manifestations of antisemitism are directed toward Jewish or non Jewish individuals and/or their property, toward Jewish 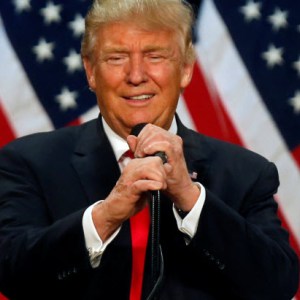 Prime Minister Cameron Calls Trump, ‘Stupid, Divisive and Wrong’ Presumptive U.S. Republican presidential nominee Donald Trump said he hopes to be able to work with British Prime Minister David Cameron in spite of Cameron calling the Republican candidate ‘stupid, divisive and wrong’ on his stance on Muslims. “It looks like we’re not going to have