Dewsbury Mosque Has Racist Graffiti Scrawled Over It 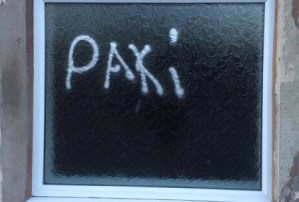 We have received a report of a mosque in Dewsbury having racist text spray-painted onto the windows. The graffiti was sprayed so that it was visible to those entering the mosque and clearly was meant to send a chilling message to the congregation of the mosque. We will be contacting West Yorkshire police and offering

The post Dewsbury Mosque Has Racist Graffiti Scrawled Over It appeared first on TELL MAMA.