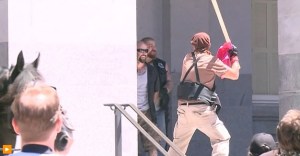 Multiple people were stabbed during a rally on Sunday (June 26) at the state capitol in Sacramento, California, the local fire department said on Twitter. Five people were transported to area hospitals after the “mass casualty incident”, some with critical trauma stab wounds, the fire department said. No arrests were immediately made, a fire official