CCTV appeal after criminal damage to the windows of Shoreditch Mosque

The Metropolitan Police have released CCTV of a man they would like to speak with following criminal damage to the windows of a mosque in Shoreditch, east London.

Officers responded to calls of religiously and/or religiously aggravated criminal damage to the windows of the Shoreditch Mosque on Redchurch Street last week (May 18) at around 6:45 pm. 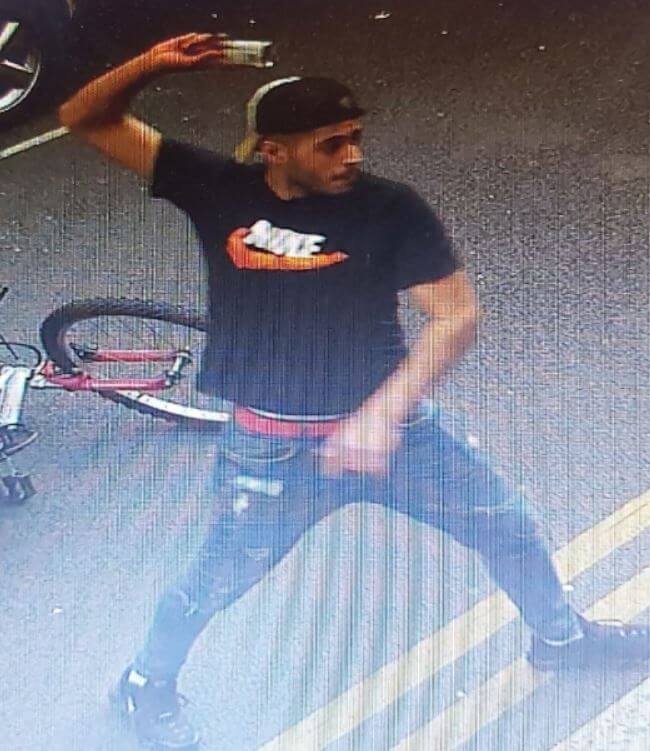 The Met Police statement mentions that a man damaged the mosque’s windows after throwing bottles at it – with no injuries to worshippers reported.

The Met’s Central East Command Unit is leading the investigation as their local faith officer continues to liaise with representatives from the mosque as they increase reassurance patrols in the area.

For members of the public who recognises the man pictured, they can contact 101 or tweet @MetCC and quote CAD 6831/18May or contact us at Tell MAMA.

The Met statement also clarifies that “Information can also be provided to and advice obtained from tellmamauk.org.”

We will continue to provide updates where possible.

For those wishing to remain anonymous, the charity Crimestoppers on 0800 555 111 or online.

Or, if you prefer that we at Tell MAMA contact the Metropolitan Police anonymously or on your behalf, get in touch via our website, or call our freephone on 0800 456 1226.

The post CCTV appeal after criminal damage to the windows of Shoreditch Mosque appeared first on TELL MAMA.