Why Ken Livingstone is wrong about Hitler and Zionism

Ken Livingstone’s comments on Hitler and Zionism created a justified outrage. His comments divorce the realities of Hitler’s antisemtism and Nazi violence. Hitler opposed the creation of a Jewish state in his 1925 autobiography Mein Kampf. Hitler’s antisemitic outlook owes in part to the writings of Henry Ford and The Protocols of the Elders of Zion. His commitment to the conspiracy of a Jewish plot to rule the world prevented him from entertaining the idea of a single Jewish state. This became a meaningful way for the Nazis to dehumanize Jewish communities. Hitler obsession with the racist conspiracy of global Jewish influence germinated in Vienna. This grew in the 1920s when party ideologue Alfred Rosenberg introduced him to The Protocols of the Elders of Zion. The Nazi Party had already published copies of the text in 1919. And by 1939, the party had published at least 23 versions of the text. So Livingstone’s point that Hitler “was supporting Zionism” is wrong. Nor did Israel exist in 1932. The conflation between Zionism, Israel and Hitler only serves to cause deep upset. Livingstone’s comment also divorces the complexities of Jewish thought in this era. Removed from the historical context of growing antisemitic [...]

The post Why Ken Livingstone is wrong about Hitler and Zionism appeared first on Religious Reader.

The post Why Ken Livingstone is wrong about Hitler and Zionism appeared first on Faith Matters.

Around 300 of Croatia’s Jewish population held a vigil outside the country’s most notorious concentration camp in protest at the government’s alleged failure to challenge rising neo-Nazi sentiment in the country. Part of this failure concerns the downplaying of the crimes of Croatia’s pro-Nazi regime. The ultra-nationalist and antisemitic Ustaša regime took power on August 10, 1941, after Axis forces had invaded Yugoslavia on April 6, 1941. Concentration camps were built nationwide to ‘purge’ Croatian society of ‘foreign elements’. This extended to Jews, Serbs, Roma and non-Catholic minorities. Ustaša fascists exterminated over 500,000 Serbs. They forced 250,000 into exile and made 250,000 more Serbs convert to Catholicism under pain of death, according to Yad Vashem. The fascist regime murdered  75 per cent of Croatia’s pre-war Jewish population of 40,000. Jews in Croatia now make up 1 per cent of the general population. Between 15,000 and 20,000 Roma were also murdered by the Ustaša regime, as were between 5,000 and 12,000 ethnic Croats and Muslims. Croatia’s largest concentration camp was the Jasenovac complex, a string of five camps along the Sava River, east of Zagreb. Close to 100,000 people were murdered in this camp between 1941 and 1945. Prisoners at the [...] 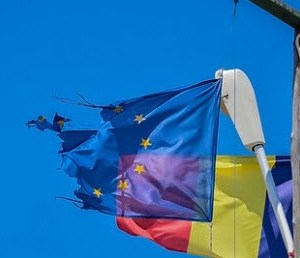