Every Saturday for 23 years, dozens of people have held a vigil in a central Istanbul square, sitting in silence and holding pictures of relatives [...] 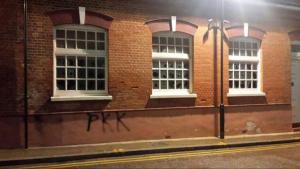 A Turkish mosque in the Hornsey area of London was vandalised with Kurdistan Workers’ Party (PKK) graffiti last night. Hornsey (London) Turkish Mosque has been attacked last night by PKK terrorists.They broke all the windows of the mosque a smeared the walls. pic.twitter.com/HZtmkbUJpx — Mustafa Yeneroğlu (@myeneroglu) November 9, 2016 Stones were said to have The Wider Image: On patrol with the Sinjar Resistance Units

Pictures from resistance units in Sinjar Province – stand off against IS forces.

The post The Wider Image: On patrol with the Sinjar Resistance Units appeared first on Faith Matters.