Their slogan is Orthodoxy or Death. They are convinced Russia should be ruled by an autocratic monarch. They believe the coming of a new tsar [...]

Faith Matters has been at the vanguard of writing about entryism by far right groups from Poland, who are seeking to access members of settled Polish [...]

The post Exclusive – An Alliance of Groups that Should Worry Us in the UK appeared first on Faith Matters.

Polish President Andrzej Duda said on Monday there was no place in Poland for xenophobia, anti-Semitism and “sick nationalism”, denouncing hate speech at a nationalist [...]

Pope decries “epidemic of animosity” against immigrants and other faiths 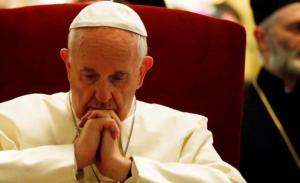 Pope Francis on Saturday said an “epidemic of animosity” against people of other races or religions was hurting the weakest in society, striking a note of caution against the rise of populist nationalism. Little more than a week after Donald Trump was elected the next U.S. president, buoying anti-immigrant parties in Europe and elsewhere, the

The post Pope decries “epidemic of animosity” against immigrants and other faiths appeared first on TELL MAMA.