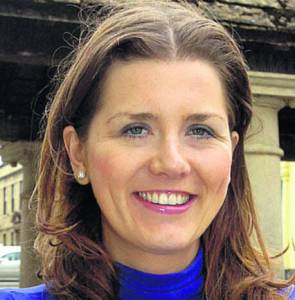 Following a racially motivated verbal attack on a former member of her staff, Michelle Donelan today [29/06/16] questioned the Prime Minister about what more the Government can do to stamp out racial hatred from our society. Miss Donelan’s former member of staff, who is of Pakistani origin was abused whilst shopping in London on 28th Prime Minister Cameron Calls Trump, ‘Stupid, Divisive and Wrong’ Presumptive U.S. Republican presidential nominee Donald Trump said he hopes to be able to work with British Prime Minister David Cameron in spite of Cameron calling the Republican candidate ‘stupid, divisive and wrong’ on his stance on Muslims. “It looks like we’re not going to have

For Those Who Call PM Cameron ‘Islamophobic’, Read This

PM Cameron says Trump policy on Muslims is wrong, will not apologise British Prime Minister David Cameron said on Thursday he would not apologise to Donald Trump after he became the Republican party’s presumptive presidential candidate for calling his proposed ban on Muslims entering the United States stupid and wrong. Cameron made the comment about

The post For Those Who Call PM Cameron ‘Islamophobic’, Read This appeared first on TELL MAMA.

The post For Those Who Call PM Cameron ‘Islamophobic’, Read This appeared first on Faith Matters.