A man has been charged with religiously aggravated criminal damage after five mosques had their...

At least 950 attacks on Muslims reported in Germany in 2017

German authorities registered at least 950 attacks on Muslims and Muslim institutions such as mosques...

The post At least 950 attacks on Muslims reported in Germany in 2017 appeared first on TELL MAMA.

President Donald Trump on Tuesday said that a spate of bomb threats against Jewish centers...

The post Trump tells officials anti-Semitic threats could be to ‘make others look bad’ appeared first on TELL MAMA.

Fearful Christmas in Baghdad after attacks on Christians

Christians in Baghdad celebrated Christmas on Sunday in a heightened state of fear after deadly attacks on Christian-owned shops that sell alcohol. Two shops next [...]

The post Fearful Christmas in Baghdad after attacks on Christians appeared first on Faith Matters.

Over 100 Mosques Targeted and Attacked Since May 2013 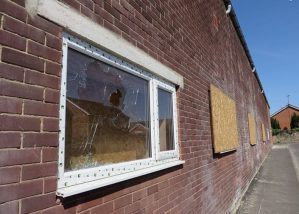 As part of the #No2H8November campaign of public information, we within Tell MAMA have highlighted the fact that over 100 mosques and Islamic institutions have been targeted and attacked since May 2013 to September 2016. Something that you would not hear in the Daily Mail, it is a shocking reflection of the growing levels of

The post Over 100 Mosques Targeted and Attacked Since May 2013 appeared first on TELL MAMA.